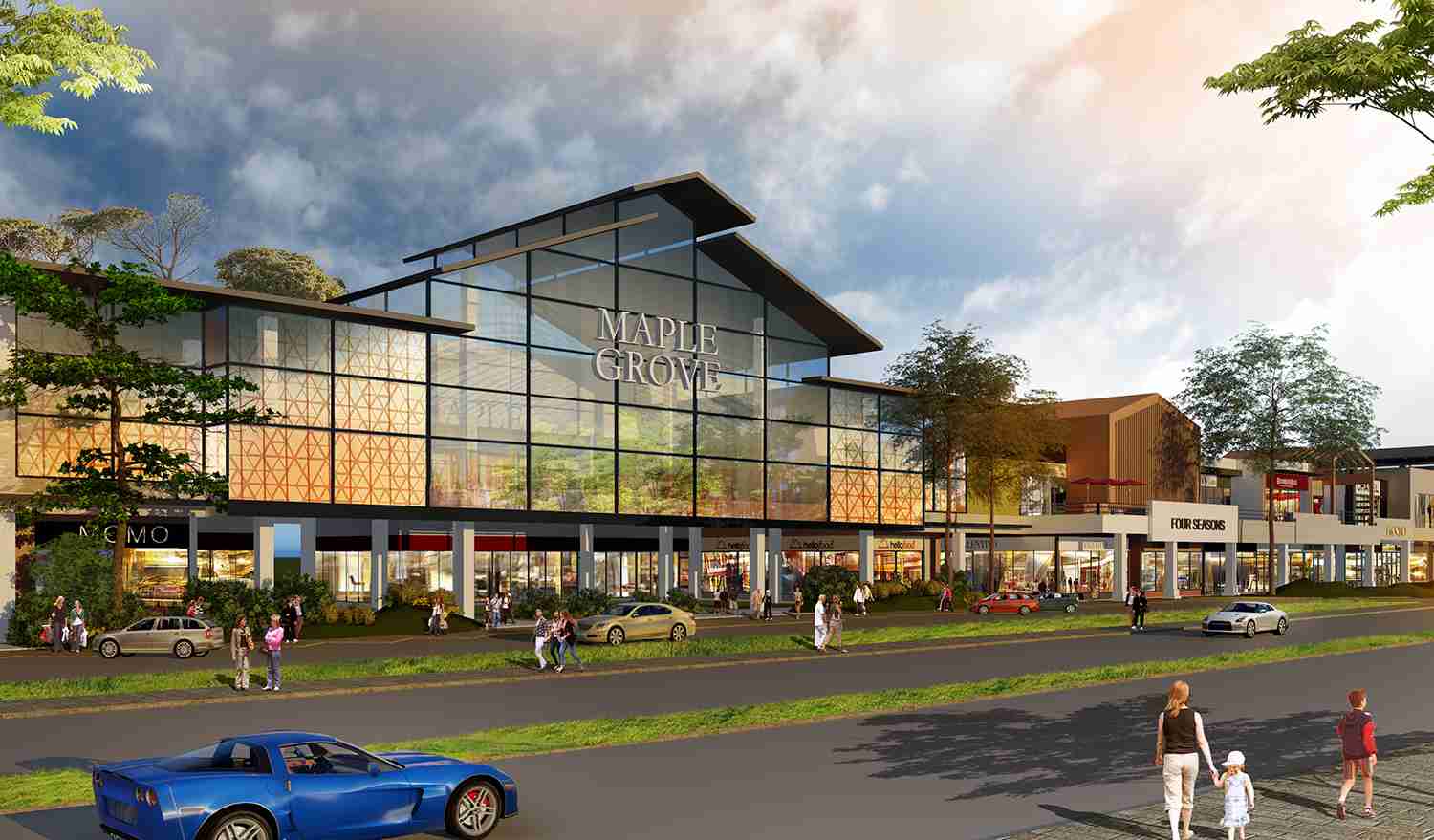 The company is starting the land development and commencing the construction of its first Megaworld Lifestyle Mall in Cavite this year.

“We are fast tracking the developments in Maple Grove as we see a growing demand from both residential and office market in this area,” says Kevin Tan, chief strategy officer at Megaworld.

Inspired by the design of a “greenhouse,” the mall will be equipped with exceptional light-transmitting architectural systems that maximize the use of natural sunlight while maintaining comfort cooling condition inside the building.

“We will complete the construction of the mall within two years alongside the land development, as we expect the Maple Grove community to grow fast in the next five years,” adds Tan.

Dubbed as the “Green City of the South,” Maple Grove boasts of several sustainability features that include a Rainwater Park, which is a two-hectare tree park designed to accommodate the township’s rainwater runoff, a landscape drip irrigation system, bike lanes, central material recovery facility, pocket gardens and tree parks, as well as vertical gardens in various buildings around the township.

The township will feature fiber optic cabling system, and it will also have its own transport hub, chapel, as well as other leisure and recreational facilities.

“The whole idea of Maple Grove is to make it walkable and environmentally sustainable. This will so far be our greenest township,” explains Tan.

In 2017, Megaworld launched the 35-hectare Maple Grove Commercial District that offered 363 prime lots for sale, ranging from 360 square meters to 1,008 square meters, with a total inventory value of around P9 billion.

This district within the township has a masterplan similar to the Makati Central Business District (CBD) with carefully planned wide road networks surrounded by several green and open parks.

The commercial lots have been sold out in just less than six months.

Last year, the company also launched its first residential development, the 10-storey The Verdin, and its first office tower with saleable units, the 17-storey One Corporate Place, in Maple Grove.

“General Trias is a key growth city in Cavite. We look forward to building its own ‘green’ CBD, and this is happening in the next five to seven years,” adds Tan.

Maple Grove is easily accessible via the Coastal Road and CAVITEX, with an estimated travel time of only 30 to 45 minutes from Makati CBD and Fort Bonifacio, and less than an hour to and from the Ninoy Aquino International Airport.

Soon, it will also have a direct link to the Cavite-Laguna Expressway (CALAX).