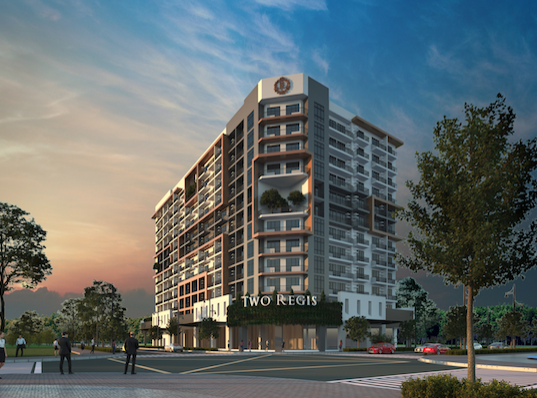 The amount forms part of the P28-billion capital spending that the company earlier announced.

To be called The Upper East Mall, the project  will have a gross floor area of 24,200-square meters and is touted to become Bacolod’s new architectural landmark .

The mall is expected to be completed by 2021, said Megaworld chief strategy officer Kevin Tan.

The mall will showcase a blend of neo-classical and art deco architecture, reminiscent of New York City’s Upper East Side cityscape.

“We are curating an architectural masterpiece that depicts the cosmopolitan vibe of our Bacolod township. This is just the first mall that we are building in this township because there is still more room for future expansion,” Tan said.

Thus, the mall’s design will be highlighted by a 48-meter high iconic clock tower that illuminates even at night, making it a major landmark along the six-lane main avenue of the township that stretches from Lopez Jaena St. to Circumferential Road.

Upper East Mall will feature rows of restaurants facing a garden of century-old trees that will be surrounded by Koi ponds.

The mall will also house four state-of-the-art cinemas and an open-air food hall with an indoor garden.

The mall will have a direct connection to the future transport hub of the township.  It is just across the central park facing the two residential condominium towers of One Regis and Two Regis.

“We are excited to see The Upper East transforming into a modern central business district of Bacolod. In the next three to five years, we will see the residential towers, office towers, commercial buildings, hotel, church, parks, and this new lifestyle mall rising. We will also be opening the Upper East Avenue to the public in two years,” Tan said.

Aside from The Upper East, the company is also simultaneously completing its 54-hectare Northill Gateway township located along the Bacolod-Silay Airport Access Road within the boundary of Talisay City and Bacolod City.

The township will also have its own lifestyle mall called Northill Town Center beside the residential villages of Forbes Hill and Fountain Grove.