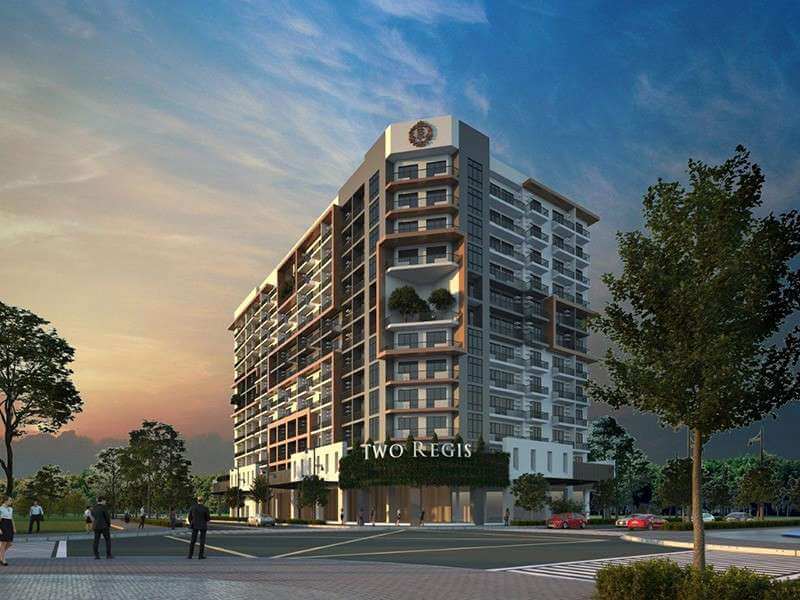 By: Merlinda A. Pedrosa | SunStar Bacolod

BACOLOD. The perspective of Two Regis, the second residential condominium development of Megaworld Corporation inside its township project The Upper East in Bacolod City. (Contributed photo)

Called Two Regis, the project is a 14-storey residential tower that will rise at the corner of Regis and Madison Streets within the 34-hectare township in the eastern part of the city that used to be the Bacolod-Murcia Milling Company compound.

Peñaflorida said the overwhelming success of the first residential tower is a clear indication that the city has embraced the convenience of both condominium living and township living.

“The master planned township concept that we are bringing to Bacolod makes Megaworld different as a condominium developer, and we are happy to pioneer this concept in Negros,” she added.

Peñaflorida said several available units will have its own balcony with the view of the township’s transforming landscapes.

Megaworld will be offering 310 residential units for Two Regis.

The tower’s penthouse floor, also known as the Upper Sky Suites Floor, will offer units in varying size options, with unparalleled views of the sunrise from Negros’ mountain ranges and sunset along Guimaras Strait.

In 2018, Megaworld has announced that they are pouring in P28 billion to develop The Upper East.

It forms part of the P35 billion worth of investment of the company in Negros Occidental.

The other township development is P53-hectare Northhill Gateway worth P7 billion situated along airport access road, bordering the cities of Bacolod and Talisay.

Aside from the Skygardens, Two Regis will also be highlighted by first-class amenities at the second level such as a lap pool, kiddie pool, fitness center, daycare center, and function rooms.

Each unit will have a semi-furnished kitchen, with modular overhead and under-counter cabinets, and its own electric burner cooktop with range hood.

“We are fast-tracking the developments inside The Upper East to ensure that our future residents will be able to enjoy the amenities,” Peñaflorida said, adding that “we’ve promised Bacolod with a first-class township, and we expect things to rise in the next three to five years.”

The firm said Two Regis will be completed in 2023. It is expected to generate around P1.5 billion in sales from this new residential tower.

Peñaflorida reported that the land development of the township has started since late last year. Pipe-laying of underground utility lines, as well as sewerage and drainage facilities, have also started in 2018.

For One Regis, some 328 units were already sold.

Meanwhile, Peñaflorida said they are scheduled to start the construction of the Lopue’s Annex Mall inside the township during the first half of the year.

This is to pave the way for the construction of the six-lane Upper East Avenue leading to Circumferential Road.

For his part, Megaworld senior assistant vice president and head of public relations and media affairs Harold Geronimo, also at the briefing, said there’s something happening now in The Upper East.

In the next few weeks, they will bring some media inside the site to see such development.

Geronimo said the pipe-laying of the drainage system, the utility lines which are all underground that include the power lines are already being done.

“That is what we need to do first. We cannot build the building if we cannot perfect it first,” he said, adding “we want that the whole The Upper East has an underground cabling system, meaning no floods with perfect infrastructure.”

The Megaworld official said their townships in Cebu and Iloilo also took three years to finish the land development.

“So we would like to appeal to the people of Bacolod to be patient, you will have the best town of your life,” he added.

Suresh, who was in Bacolod City on Monday, said three years ago, she was also in the Philippines and she was told about Bacolod as a city with a lot of dynamism.

“In the last few years, the landscape of Bacolod changed it so dramatically. Dramatically in a good way I think. We’ve always spoken highly about the city. The highest growth range has been for it, that’s what we see,” she said.

In their June 2018 report on Online Data and Trends among Philippine Cities, the top four cities are Bacolod, Davao, Lapu-Lapu, and Zamboanga.